You have probably all heard about them. Wherever there’s a huge forested area or the likes of an open, desolate moor, there will always be a local myth of some mystery creature. A wolf, a boar, a horse, a bear – but a distorted version of these animals, sometimes a human/animal hybrid. Evil, devilish creatures – a deadly abomination of an animal. The area around the Italian city of Piacenza may not be known for its huge forests, but north of the city along the Adda River you’ll find a remote, brushy area not touched by mankind for centuries. The local authorities call it a park, obviously in an attempt to give it some kind of romanticized aura. But it doesn’t help, hardly anyone goes there. And with good reason. The Adda Park has its own mystery creature, and maybe the fiercest of them all: The Piacenza Bull. According to legend it’s the offspring of an old Roman runaway ox, used for hauling army supplies. But according to the same legend the Piacenza Bull is also somewhat attractive to the local male population. It is said that if you – as a man or boy – can get close enough to eyeball the bull and see its eyes turn a bloody red, then the power and the libido of the animal will be transferred to you straight away. Whether this legend is true or not, we cannot tell. But every year several single males are found in Adda Park, obviously killed by a bull’s horns. And 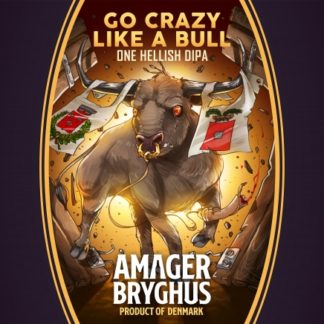