Have you ever thought: «Wauw, this is a cool beer, but I find it a bit too strong,» or «I wonder how this IPA would come out in a stronger version?» Well, we have – and we have actually acted accordingly. We can reveal that we once made a Double IPA version of Todd The Axe Man, and that our former DIPA Gluttony basically was a beefed up version of Wookiee IPA. Actually we’ve also made a Session IPA version of Wookiee IPA once. And the thing is, it’s hard to predict how things come out. Sometimes it works, sometimes it doesn’t. Flâneur is such a beer. A more sessionable version of an Amager classic IPA. But can you guess which one? 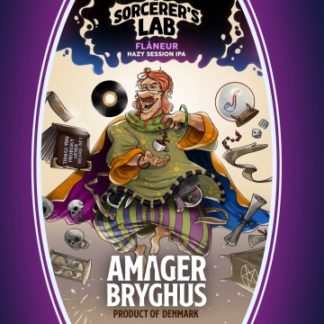